*from the December 2009 issue of About Covington to Madison magazine 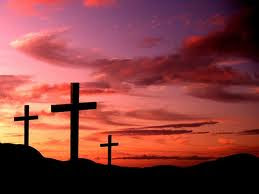 Hey everyone. So glad to be back with you again. Wow, December already! It’s hard to believe. Time really does seem to speed up as we get older. But the Holidays are upon us once again and that makes me very happy. Christmas…man, it just doesn’t get much better. A celebration of faith, love, and fellowship—it’s obviously a very special time of the year.What is Christmas exactly? That answer can be as varied as the people you ask. For a lot of us, Christmas is a celebration of the Lord Savior Jesus Christ as we remember his entrance to our earthly world. But Christmas is also simply about love. Love of our fellow man. Love of our families and friends. And love of the things we hold most dear. While Thanksgiving is certainly about giving thanks, Christmas, for me, is just as much about gratitude. It is also about the spirit of giving. But what about the history of Christmas? 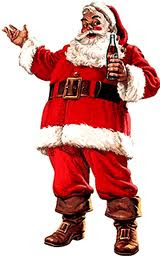 The roots of Christmas go back to the Romans. They had a festival called Saturnalia that celebrated Saturn, the god of agriculture, marking the end of the fall harvest and honoring the winter solstice. During the heyday of Rome , this was the festival and was considered the most important time of the year. Other cultures and other peoples in other parts of the old continent also had celebrations around this time of the year. In the early years of Christianity, church leaders were looking for ways to help spread the Good Word, so in the 4th century A.D., they adopted the time of Saturnalia as the “Feast of the Nativity.” Within a couple of centuries, it had stuck and December 25 to this day remains the celebration of Christmas. 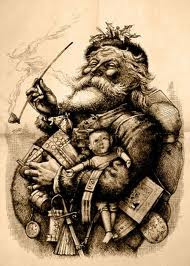 For many of us, Christmas always brings back memories of being young and anxiously awaiting Santa. The origins of Santa Claus are as interesting as the origins of Christmas itself. It starts with St. Nicholas, a monk born in the 3rd century who gave away all of his wealth to help the poor and sick. He was known as “Sinter Klass” by the Dutch and this would turn into Santa Claus by the 18th century. The image of Santa that most of us have with his red suit, large belly, and white beard can be traced back to the drawings of Thomas Nast in the 19th century and further reinforced with ads from the Coca-Cola Co. in the 1930’s. 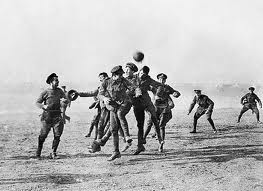 There are many wonderful Christmas stories throughout the annals of history but perhaps there is none better than the story of the WWI Christmas truce. In 1914, on the fields of Flanders  German and British troops were squared off in their trenches fighting a terrible war. Then on Christmas Eve, German troops lit candles and started singing Christmas carols. The British followed suit and in no time, a truce had been called and the fighting stopped. Germans and Brits exchanged gifts, spent time together, and even played soccer. This phenomenon occurred in several other places along the battle lines and in some cases lasted all the way until New Year’s Eve. To me, that is a story that truly captures the Christmas spirit.

One of the key aspects of Christmas also has to be the music! There are so many wonderful Christmas songs. “Silent Night” is probably one of the better known and ingrained of all Christmas songs; it was written in the early 1800’s by a couple of Austrians. Originally written in German, it was later translated to English with a slightly different melody and that version is the one we know today. “White Christmas” has been ranked as the number one Christmas song of all time by several groups and publications. Written by Irving Berlin, the original recording was done by Bing Crosby. Speaking of Bing Crosby, if you want a real treat—search Youtube with the key words: Bing Crosby, David Bowie, and Little Drummer Boy. You will find a magnificent version of that song by two of the greatest artists of the 20th century. The title of this column is a new favorite of mine. I had never heard this song until I played it a while back with the Biggers Family Band—a country, bluegrass-gospel band that I play with from time to time with my wife and her family. But probably my all-time favorite Christmas song has got to be—“Come Home for Christmas” also known as “Bells Will Be Ringing.” Released by the Eagles as a Christmas single in 1978, it is such a great tune. As I write this column, the calendar still reads November but I am starting to feel an almost child-like excitement for Christmas that I haven’t felt in years. It will be the first Christmas for my little baby girl and I am so very excited. From my family to yours—Merry Christmas &  Happy New Year.
at December 19, 2018