*originally appeared in The Covington News.


Living, working and growing up in the South, I love the sights of our region. The magnolias are distinctive and the weather is always warm keeping things lush and green most of the year.
But there are also the sounds to enjoy, too. And I’m not talking about the cicadas in the summer and the marching bands and referees whistles of fall’s football season. I’m talking about the way us Southerners talk.
Here are a few examples I’ve noticed throughout the years, and I’m sure you can relate to.
Fellow vs. Feller vs. Fella
While these three terms may all seem similar there are very important differences between them to the trained ears of a Southerner.
A fellow is a righteous and honorable sort. He is a man that aspires to greatness and a true gentleman who always wants to do things the right way. A fellow pretty much always does the right thing, even when it isn't popular. Fellows are usually very hard workers and always take the high road. They can easily deny their own ego and self-interests and work hard to be the men they're supposed to be.
A feller, on the other hand, is the exact opposite of everything I just mentioned. Fellers are a shifty, seedy and shady bunch. Prone to backsliding, they're always looking for the easy way out and in doing as little as possible to maintain. A feller having scruples and honor? Not hardly. Basically fellers are just good ole-fashioned no-accounts. It's all about them; they care nothing of honor or doing the right thing.
A fella, the category that this writer — and most of us, I think, for that matter — belongs to, is someone who tries very hard to be a fellow but has the tendency, at times, to be a feller. We can touch greatness and are usually doing things the right way, giving us a shade of being a fellow. However, sometimes we just can’t help ourselves from getting out of our own way, unfortunately finding ourselves as fellers some of the time. Hey, it happens. As Ray Goff would say, we just try to "work hard to get better." Usually we do okay; sometimes it depends on the weather. Or the state of the world, or how much bourbon we've consumed, or how the Georgia Bulldogs are doing in a given season and whether or not we lose to Auburn, Florida or Tech.
Bonus: A felon is a fella or a feller, and sometimes — very rarely — a fellow, who gets caught and convicted by the Law, for a serious example of being a feller.

Well, Saturday evening caught me in a temporary moment of weakness, and I dare say, feeling sorry for myself, and also, drunk, so therefore, legally, not in a lucid state of mind.

This is not a freedom of speech issue really (although an argument could be made), no this is more a battle with the aforementioned scum suckers, the legal team of Highbee & Associates (or my term of endearment for them - Highbee & Ass.)

They represent a company by the name of Adlife Marketing & Consulting. This company does a few things but mainly what they do is create stock photos for food items that are oftentimes used by grocery store advertisements & newspaper circulars.

In 2011 I did a piece entitled "St. Patrick's Day." Now back then, the internet was a little different. Anyways, I found a photo of a Corned Beef on Google that I used for that piece.

A Moment From Marshall B McCart - Big Changes---TPC Being Shelved?; "You Can't Always Get What You Want." ---UPDATED---

Hey, Friends. Sure hope it's lovely out there. But, let's face it, likely it isn't... 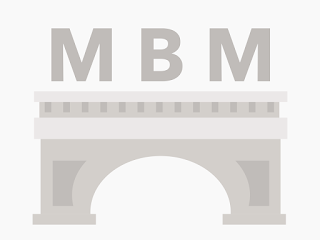 As I've said many times over the years - nobody ever said life was fair; and, by golly, most of us know that's true.

So, the big thing:

I'm hereby publicly declaring the end of The Piedmont Chronicles, at least in its current incarnation.

No, it has, at least ultimately-  at the moment - has to do w/ some [expletive deleted] lawyers from California.

They are the dregs of the Earth, my friends. They feed off of scabs, and misery. They're attorneys at law, but then I repeat myself.